The ACT team hand-picks the most watchable news of the day from China’s booming tech industry. Don’t miss out on these headlines:

Baidu backdoor may affect millions of android users
The Moplus software development kit created by Baidu and used by Android apps opens an insecure HPPT server on users’ phones, reports Trend Micro, a security blog. The SDK is integrated in over 14 000 apps used by Android and Trend Micro estimates that over 100 million users will be affected. Baidu claims it has fixed the vulnerability, but users may still be affected if third-party app developers have not yet updated to the latest version.

Duiba app receives USD 4.7 million investment
Duiba, an app that combines with online retail apps to let consumers collect reward points, has received USD 4.7 million in its A-round financing led by Yunyi investment, a company focusing on new third board TMT companies. This is Duiba’s second round of financing this year. Apps that use Duiba include Baidu Mobile Helper, PPTV, Ganji, 58, Baofeng, and Meilishuo.

Suning opens first O2O lifestyle shopping center in Beijing
Suning has opened its first O2O lifestyle shopping center in Beijing. It combines the Suning Cloud Store, Suning Supermarket, fitness, entertainment, food outlets, and an experience center for kids to create the first ever online and offline O2O double channel lifestyle center. This business model means consumers will now be able to order products online and collect them at the store while also browsing physical products. (is this right?)

Smart POS Yunnex raises USD 15.8 million in A+ series funding
Smart POS Yunnex has raised USD 15.8 million (RMB one hundred million) in A+ series funding. Leading this round of funding is Fenghou Capital and GSR Ventures. Su Kai, CEO of Yunnex, said the funding will be used to expand new markets aimed at offline industries and to build a sales team. Yunnex has partnered with merchants such as Subway and Grandma’s Home. Yunnex has about 80% market share. Su Kai sees smart POS as the future of administrative management.

Didi’s Cheng Wei and Liu Qing top Fortune China’s “Top 40 Under 40 Business Leaders in 2015”
The list is out. Fortune China’s annual “Top 40 Under 40 Business Leaders” in 2015 is hot off the press. Didi Chuxing’s CEO Cheng Wei, 32, and President Liu Qing, 37, are topping the chart for the first time. 58.com’s Founder and CEO Yao Jinbo ranks second, and Meituan’s founder and CEO Wang Xing claimed the third spot. More than 20 newcomers are listed this year. Here is the full list.

Xiaomi ventures overseas after performance stumbles at home
Xiaomi will launch a partnership with the Mobile in Africa Group to sell its Red Mi 2 and Mi 4 in Africa starting mid-November. The MIA Group will be responsible for Xiaomi’s sales and post-sales service in South Africa, Kenya and Nigeria. The smartphone company is also planning large-scale promotions in India before the Diwali holiday, intending to boosts its sales in the country with its performance dampened at home.

Huawei Mate 8 to launch Nov. 26
Huawei will launch the Mate 8 smartphone on Nov. 26. It’s being billed as a phone with excellent photo-taking capabilities, aimed to rival Apple’s iPhone 6s, and is supposed to contain one of the most powerful processors on the market. Huawei overtook Xiaomi earlier this year to become the biggest domestic smartphone vendor. The Mate S, Huawei’s first phone priced above RMB 4000 (USD 630), performed below its expected sales volume earlier this year. 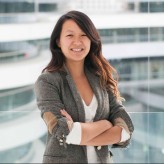 Shoppers: What you should not miss from Alibaba’s Double 11 shopping festival!

Why China’s Craigslist 58.com and others invested millions in used car trader Uxin

The 5 most popular food delivery apps in China