Mary Meeker’s annual Internet trends report always gets all the techies talking once it is published. Meeker, a partner at Kleiner Perkins Caufield & Byers and a longtime Morgan Stanley analyst, has just released her detailed 2017 report which includes a ton of information and analyzes technology, commerce and advertising trends worldwide.

The report gives a great overview of China’s Internet industry and how it has become so prevalent and crucial in our daily lives. Here is a summary of some highlights from Meeker’s report.

Private tech enterprises drove China’s wealth creation in 2016, while the health care and consumer staples held the largest share of the market cap in 2005.

People in China mostly use the Internet for media consumption – 55 percent of all media platforms. It is worth noting that mobile Internet consumption surpassed the television in 2016.

People in China are willing to pay or buy virtual gifts for live streaming hosts.

Live streaming monetization is an interesting phenomenon in China. Its estimated revenue per hour has outpaced online games and the television in 2016.

China is a front-runner in the on-demand transportation sector with 67 percent of global market share.

Bike-sharing is huge in China with two-thirds of those riders using shared bikes three times or more per week.

Mobile payment in China is more prevalent than ever. The volume of mobile payment doubled to over USD 5 trillion in 2016, with AliPay and WeChat Pay completely dominating the market.

China sees a 24 percent year-over-year growth in e-commerce in 2016, with 71 percent of e-commerce spending done via mobile devices.

Here is the slideshow of the full report. 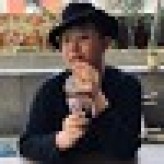 Why China is at the forefront of 5G technology