The most recent revision to Chinese criminal law, which metes out jail terms for spreading rumors online, will go into effect next month.

According to a new paragraph added to Article 291 under the Ninth Amendment to the Criminal Law of the People’s Republic of China, “Those who fabricate false information about a crisis, an epidemic, a disaster or an emergency, or disseminate such information with reckless regard of whether it is false or not on the Internet or other forms of media to disrupt the social order are sentenced to up to three years imprisonment; where circumstances are serious, the sentence is between three and seven years imprisonment.”

Chinese authorities have tightened regulations on Internet and social media, regarding maintaining social stability. In September 2013, the authorities introduced draconian measures against the so-called “online rumors”, threatening to press defamation charges against the author if an untrue post is visited 5,000 times or generates more than 500 reposts.

In August, 197 people were arrested and 165 Internet accounts were shuttered in an anti-rumor crusade following a couple of public crises, according to Ministry of Public Security. One is a series of deadly explosions at a chemical warehouse near a residential area in Tianjin on August 12, which killed 165 and injured hundreds, sparking a massive outcry for truth and justice.

Another is several bouts of turmoil in the Chinese stock market in the same month that wiped off one third of its value. Wang Xiaolu, a financial journalist for the renowned Caijing magazine, was convicted of inciting panic and disorder with his “fraudulent” stories. He was shown on Chinese state-run television and had to make a confession to his crime on air.

Chinese web users do not seem surprised at the new seven-year prison sentence, but are nevertheless critical of it. One Sina Weibo user asked, “So anything the government denies is categorized as rumor, right?” Another chimed in, “What about CCTV and People’s Daily? How much false information have they spread?”

Screenshot of Sina Weibo comments on the new revision 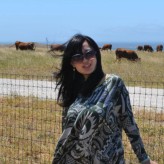 Highlights from quarterly reports of most watchable US and Chinese companies: Twitter, Apple, Alibaba and Sohu